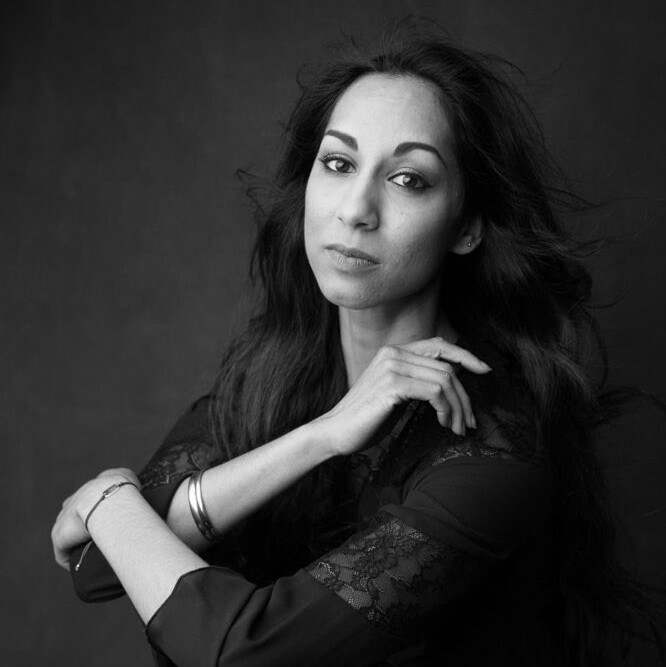 Sarah undertook her professional training at Central School of Ballet, and upon graduation pursued her first job at Northern Ballet. She then went on to dance with Ballet Black and is now a First artist with English National  Ballet.
She was nominated for a Critic’s Circle National Dance Award for Outstanding Female Performance in the Classical sector in 2010, for Will Tucketts’s ‘Depouillement’ with Ballet Black.
Repertoire with English National Ballet include ‘Myrtha’ in Akram Khan’s Giselle, ‘Stepmother Hortensia’ in Christopher Wheeldon’s Cinderella, Pina Bausch’s ‘Sacre du Printemps’ (Rite of Spring), William Forsythe’s ‘In the Middle Somewhat Elevated’ & ‘Approximate Sonata’, ‘Carabosse’ in Sleeping Beauty, ‘Madge’ in La Sylphide,
She won the ‘Corps de Ballet Award’ on behalf of English National Ballet in 2017.
Sarah has a huge passion for teaching, and she is affiliated hughley with the Engagement team at ENB, where she undertakes many workshops and outside projects. 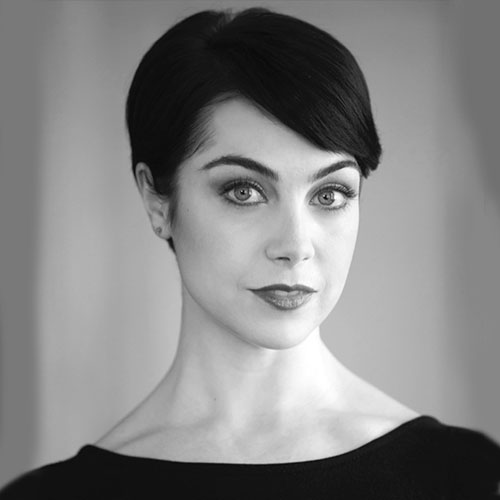 Leanne was born in Bath and started dancing aged 5 at her local dancing school Dorothy Colebornes School of Dance. She trained at The Royal Ballet School lower and upper school and joined The Royal Ballet Company in 2003. Whilst there, she danced in all the classic repertoire and created roles in ballets choreographed by Liam Scarlett, Christopher Wheeldon, Jonathan Watkins and Wayne McGregor.

In 2014 she took a sabbatical from The Royal Ballet to create the role of Lise Dassin in the 4 time Tony winning musical “An American in Paris” on Broadway for which she was nominated for a Drama Desk Award and a Tony Award for Best Actress in a Musical and won The Astaire Award for The Best Female Dancer on Broadway. She then revived the role and made her debut in London’s West End .

Leanne is a regular presenter for The Royal Opera House for their live events on Youtube. 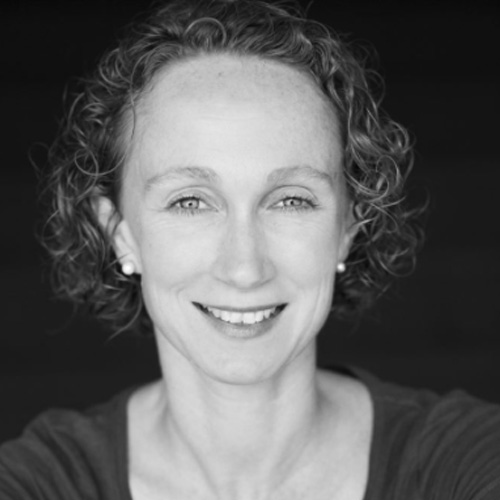 Deirdre Chapman danced professionally with San Francisco Ballet, Rambert Dance Company, and as a First Soloist with the The Royal Ballet. 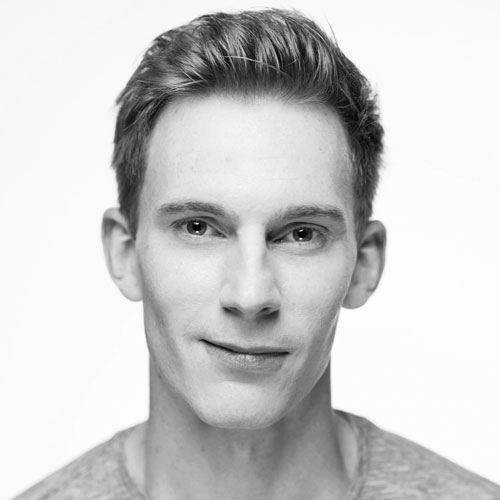 James trained in Musical Theatre from a young age where he was coached in all styles of dance. During this time he found a love for classical dance and so attended The Royal Ballet Summer School where he received a scholarship to train at The Royal Ballet (upper school) full time.

He graduated with a contract to dance as a member of the ‘Corps de Ballet’ in The Royal Ballet Company, Covent Garden. During his time in the company, James danced in lots of classical ballets including the original cast of Christopher Wheeldon’s ‘Alice’s Adventures in Wonderland’.

Since then, James has moved into dancing in the West End in roles such as ‘Older Billy’ in Billy Elliot The Musical (Victoria Palace Theatre), Swing/Ensemble in the original London cast of An American in Paris (The Dominion Theatre), and most recently Assistant Dance Captain and Ballet Dancer in Phantom of the Opera (Her Majesty’s Theatre). He has also danced on The Royal Variety Performance and been on UK and International Tours.

Throughout his stage career, James has danced in many movies such as ‘Cinderella’, ‘The Nutcracker and the four realms’, and ‘Artemis Fowl’ all for Walt Disney Studios.

Being a passionate teacher as well as a performer, James currently teaches at some of London’s top vocational dance schools, is a Licentiate member of the ISTD, and is currently studying for his MA in Dance Education. 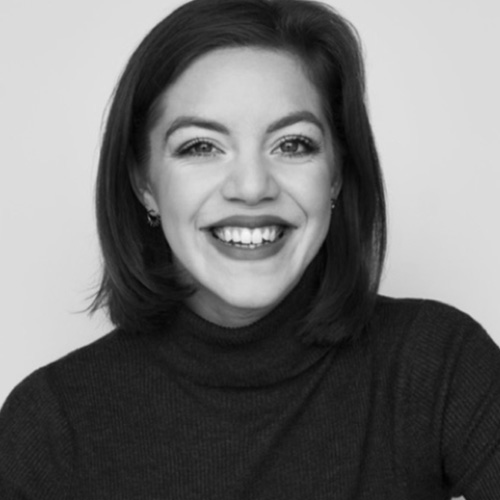 Katie trained at Central School of Ballet in London before performing in a wide repertoire of classical and theatre works. Her theatre credits include Ensemble in “Mary Poppins” (West End Revival), Ivy Smith in “On The Town” (Hyogo Performing Arts Center, Japan) Cassandra and cover Demeter/Bombalurina/Gumbie Cat in “CATS” (International Tour), Original West End cast of “An American in Paris” (Dominion Theatre) amongst many others. She also danced soloist and corps de ballet roles with Balet NDB (Czech Republic), English National Ballet and The National Ballet of Ireland.

Katie has a huge passion for teaching alongside her performing career and has taught all over the UK including regular open classes/workshops at Pineapple Dance Studios, Danceworks and Base Dance Studios. She is a regular ballet tutor at Urdang Academy and Bird College and regularly covers classes at some of the top Musical Theatre colleges in London. 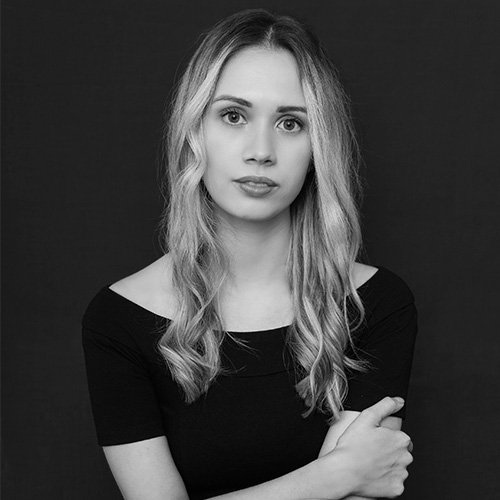 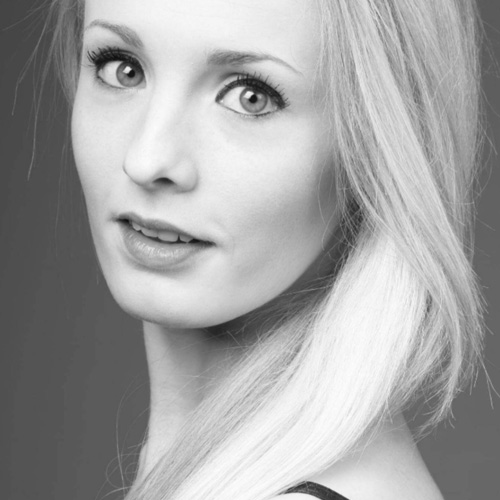 Upon graduation she joined Scottish Ballet performing works such as The Nutcracker, The Crucible and Elite Syncopations. She then worked with Ballet Cymru and Peter Schaufuss Ballet Company, before joining Ballet Ireland where she has performed pieces by Morgann Runacre-Temple, Ohad Naharin, Christopher Hampson and Ludovic Ondiviela. She has also worked with Drew McOnie, Arielle Smith and Jenna Lee for various productions.

Alongside her performing career Amelia has always had a passion for teaching. As well as teaching for Ballet Boost she worked as a part of Ballet Ireland’s educational team and has been a part of The National Youth Ballet team for the past 5 years 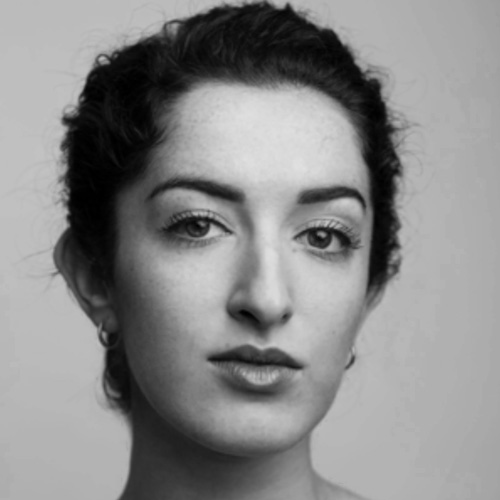 Natalie trained at Rambert School, completed a Postgraduate Diploma through the Northern School of Contemporary Dance and went on to gain a Masters Degree.

She has performed works by choreographers such as Kerry Nicholls, Mark Baldwin and Kenneth MacMillan. She has worked with the English National Opera, The Royal Shakespeare Company and artists such as Alexandra Green Dance and Douglas Thorpe.

Natalie danced with Mark Bruce Company in its tour of ‘The Odyssey’ and she has also performed at The Royal Albert Hall as part of BBC Proms. 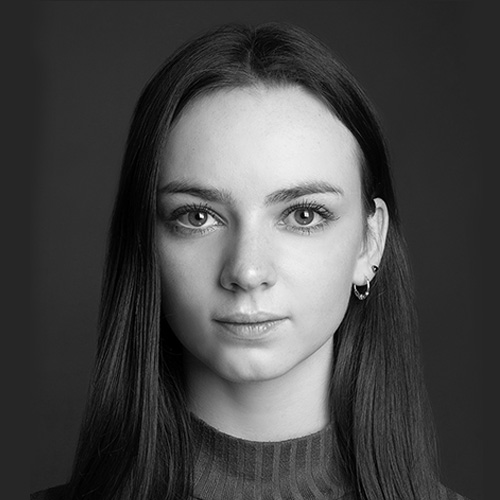 Since graduating from English National Ballet school Lowri has been a freelance dancer. Most recently she performed in Inala, A Zulu Ballet and a tour of Japan with The Royal Opera. Lowri found her passion for teaching soon after leaving school. Before starting at Ballet Boost in 2019 she had taught at Challis School of Dance and Tring Park school for the Performing Arts. 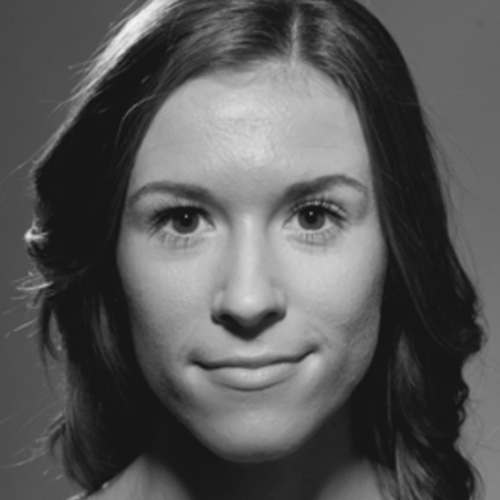 Victoria is from Cleethorpes, Lincolnshire. She trained at The Royal Ballet School and Central School of Ballet, London where she gained a degree in Professional Dance and Performance. Here she was awarded the Classical Ballet Award and toured the UK with Ballet Central in her final year. Upon graduating, she joined The Phantom of the Opera World Tour as a ballet girl and understudy of Meg Giry. After touring with this company for three years, she joined the Swedish and Danish productions of The Phantom of the Opera and performed in Scandinavia for a further two years.

Victoria recently performed at The Thursford Christmas Spectacular and now teaches privately as well as covering classes for Ballet Boost in Hull. 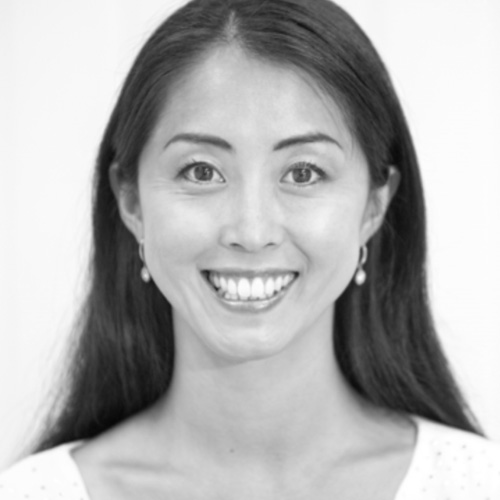 Kei was promoted to junior soloist during her 13 years career as a ballerina. She danced over 30 different classical and contemporary dance productions and pieces all over the world and worked and collaborated with the best dancers of a generation. 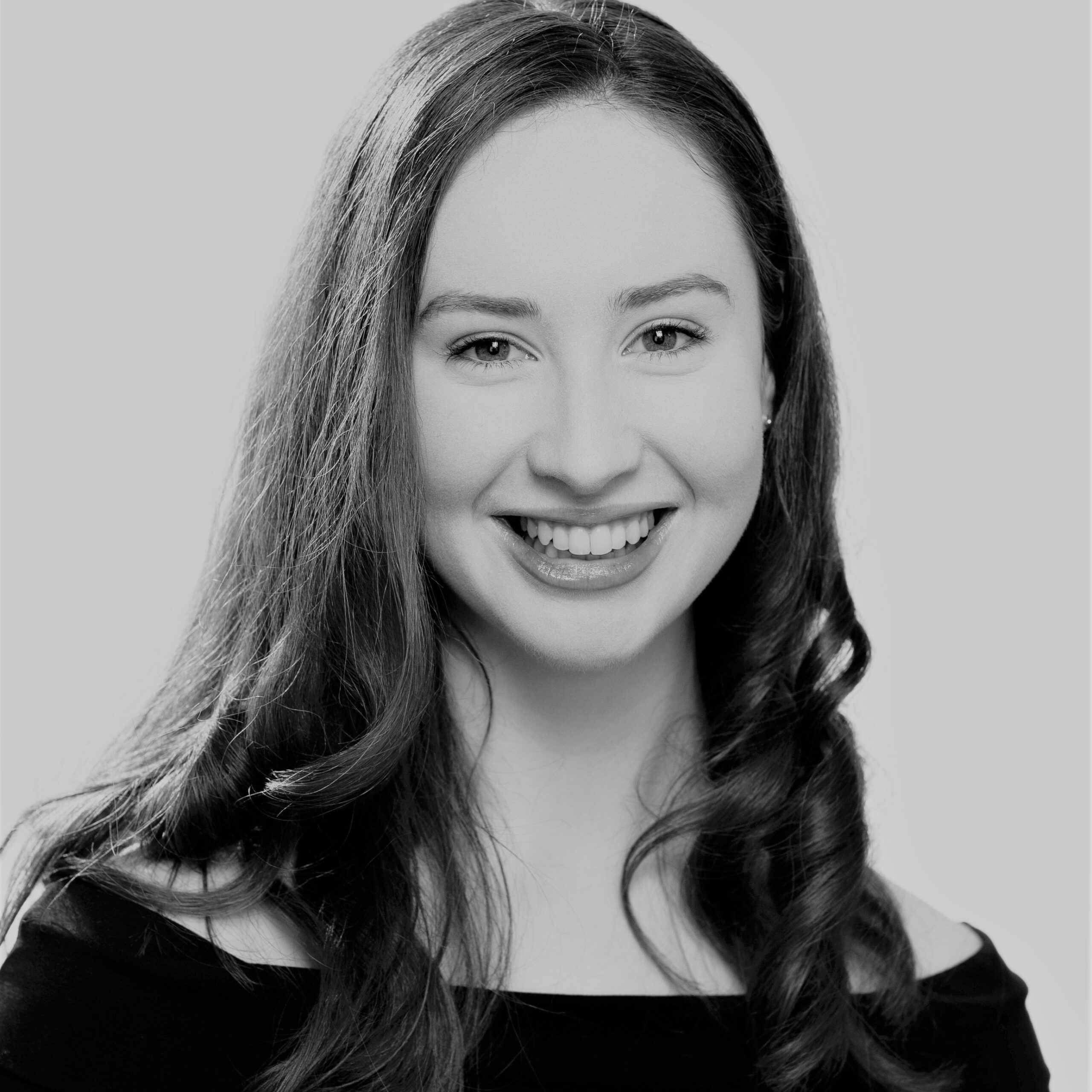 Niamh trained at Tring Park School for the Performing Arts. After graduating she went on to join Ballet Ireland, The National Ballet of Ireland. She has toured nationally performing works including The Nutcracker, Swan Lake, and Minus 16, Ohad Naharin.
Niamh has also danced throughout the UK and Ireland with Irish National Opera, Chrysalis London Contemporary, Laura Macken Dance, and Encore Dance Company. She has performed at Sadler’s Wells and Royal Albert Hall and performed works by choreographers including Sir Kenneth MacMillan, Cathy Marston, and Drew McOnie.
TV & film dance credits include RTÉ Culture Night 2021, ‘To Be Irish’ Campaign 2020 Dep. of Foreign Affairs, ‘12 Acts of Christmas’ Glór Ennis, Instituto Cervantes 2021 WBD, Trinity College Dublin 2020 Seasonal Soirée, Chillidrive Autoline TV & Cinema Advertisement.
Alongside performing Niamh has always had a passion for teaching. She teaches and delivers workshops around Ireland as well as guest teaching at Dance Theatre Ireland. Niamh is also a fully certified Stott Pilates Instructor. 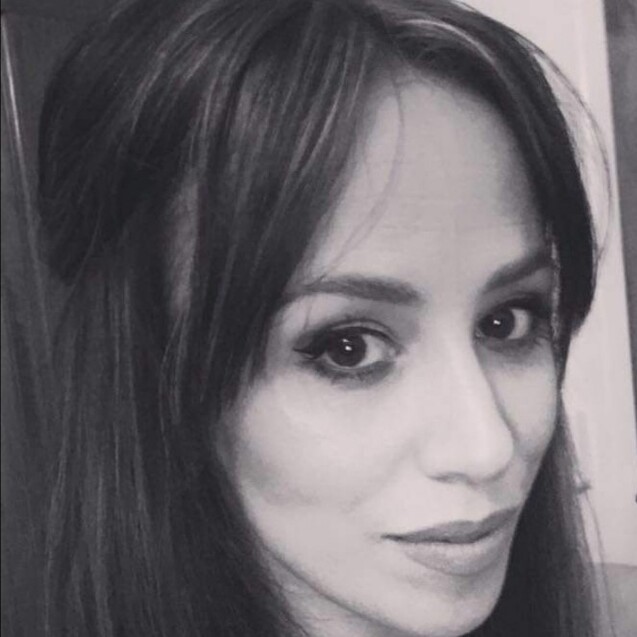 Sophie became a Royal Ballet JA at age 8 and a York scholar age 9 taught by the renowned  Louise Browne.
At age 11, She successfully auditioned and went on to become a student at the Royal Ballet School, White Lodge , working with teachers such as Patricia Linton, Violet Verdy (Paris opera) and Linda Goss.
During her time at the Royal ballet school Sophie performed with them many times in ballets such as  Nutcracker, Swan Lake and Peter and the wolf, sharing the stage with names such as Darcy Bussell, Viviana Duante  Sylvia Guillem and many more.
After 5 years training at White Lodge, Sophie went on to train at Central Ballet School under Christopher and Carol Gable.
After deciding to take a different path Sophie took a job on her first cruise ship so she could combine her love of dance and desire to see more of the world. She  has travelled all over the world  performing in places such as South Africa, South America, Caribbean and Northern Europe. During this time, she became Dance Captain and Company Manager.
After retiring from performing, Sophie was asked to return to the MSC ships to become the Director’s assistant and assistant Choreographer to the shows. 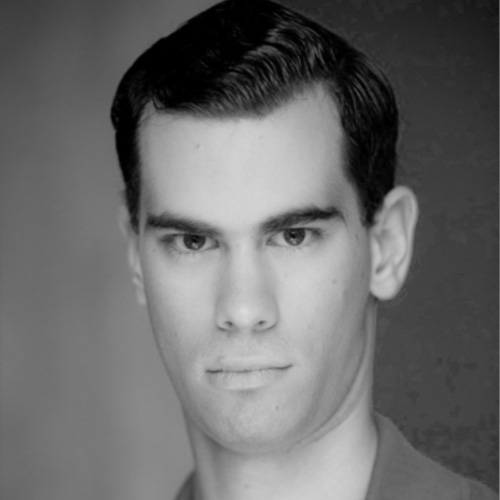 Nicolas started dancing in his local dance school at the age of 5, followed by the L’école de Danse du Ballet de l’Opéra de Paris. He then continued his training privately with Christèle Venet in Paris and finished his education at the School of American Ballet in New-York. Nicolas started his professional career in New-York for a few years, followed by Baltimore, before coming back to Europe and guesting in various companies.

Nicolas’s teaching style is based on the French technique with an American influence from his career in the US, with a focus on extremely clean & clear technique, musicality and developing each students’ artistry. 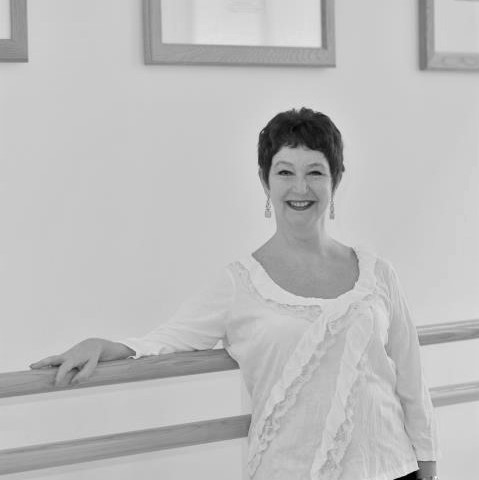 FISTD ARAD Hon. Member of the BBO
Ballet Teacher, Choreographer, Coach & Mentor
Miss Young trained at The Royal Ballet School, joining The Royal Ballet Company in 1968 and was promoted to soloist in 1974. She performed many prominent roles in both the classical repertoire and “heritage” ballets of Sir Frederick Ashton. On leaving the company, Anita was offered the position of
Ballet Mistress with Northern Ballet Theatre, before taking over responsibility for the Junior Associates of The Royal Ballet School based at Sadler’s Wells Theatre. Miss Young decided to build a career as a freelance Teacher, Choreographer, Coach and Mentor, specialising in the Cecchetti Major Exam work. Anita has been a guest
teacher for the Michael Clark Company, and for schools, colleges and
companies in Australia, Canada, France, Germany, Italy, Japan, Malta, South
Africa and the USA. teaching positions at West Street Studios, The London
Studio Centre, and The Central School of Ballet, as well as teacher to the
Senior Associates of The Royal Ballet School. Anita has also coached
Professional Footballers, for the ‘FA’ at their ‘National School of Excellence’
in Lillieshall, as well as an American Football team and worked closely with
United States Marine Corps, Sergeant, Harvey Walden IV, who is famous for
the “Fat Club” UK television series, in which Anita also appeared, in 2002.
Anita has also choreographed, and has given her own time, in support of
Charities; Appearing in many television commercials and promotional videos.
Miss Young was on the faculty of The Royal Ballet School’s ‘Lower School’ at
White Lodge and the Artistic faculty of The Royal Ballet School’s ‘Upper
School’. In 2016, Anita was a guest teacher at the ‘Paris Opera Ballet School’.
In February 2019 Anita was awarded the MBE by the Princess Royal.